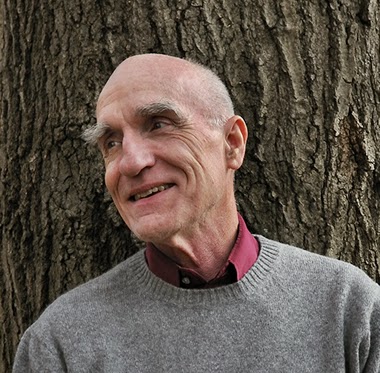 I got an e-mail the other day from the best writer in northern California, Jaime O'Neill, stating that he thought that I should read a nature writer by the name of Scott Russell Sanders. Well, when O'Neill suggests an author to me, I tend to listen to him; Jaime's knowledge and breadth of writers is first rate. Of course, I couldn't remember which book by Scott Sanders O'Neill recommended, so I went on Amazon and simply bought his latest work with the best overall reviews.

Sanders is an English professor at a university in Indiana. When I think of nature writers and where they live, I hardly think of a small city in Indiana. I think of  Abbey's Utah. I think of Mathiessen's Nepal; I think of Barry Lopez and the arctic (and wolves). Nature writers tend to live in places that evoke the images that they seek to describe, hence Doug Peacock and Montana (and the GRIZ) or Joseph Wood Krutch and the Sonoran desert. Even Bill McKibben and that quaint little college town in Vermont seems like a good place for a nature writer to hole up and write books. Indiana certainly would not be on my horizon as a place that would create a nature writer.

Sanders writes about a sense of place. In a way, the sense of place of Indiana, has worked its way into Sanders. How so? He writes with a humble, accessible--yet professorial style. His essays are better on the second read---there is so much depth and sheer talent with the English language within them.

Most writers when they put a book of essays together that have been published in magazines or snobby literature reviews, you can pretty much bet that the first essay will be the best. Writers like to grab hold of you, sort of like a gripping lede, which entices you to read more. This isn't the case with A Conservationist Manifesto. Sanders' essays get better the deeper into the book you read.

Honestly, there isn't much about Indiana that I like. The place is totally domesticated; not much left that is wild there. Sanders' acknowledges that, and he writes two mournful, but hopeful essays about a few efforts to rewild Indiana.

The best essay is about Henry David Thoreau: Simplicity and Sanity. If you've been teaching about Thoreau for forty years, and you've been thinking about Walden for that long, I would want to hear how living and teaching Thoreau has impacted you. Sanders does that within the context of this, at times, preachy essay. Yet Sanders can pull off being preachy because of his overt humility and honesty which gushes from every essay. You get to know Sanders by reading this book: it is intensely personal. Manifestos should be preachy--they almost have to be by definition.

Yet when I hear the word Manifesto, it is hard not to be reminded of that great, small book written by Mr. Whiskers himself. "There's a spectre hanging over Europe".  Sanders essay which gives the title of the book doesn't have quite the immediacy of Karl Marx---but that doesn't mean it is no less important--or revolutionary. Within this essay, Sanders gives 40 thesis in support of his point. It is a Wittenberg Door expression of the hopes of one kind and sane man's desire for all of us, human and non-human, who share this planet.

Posted by Allan Stellar at 11:10 PM No comments: 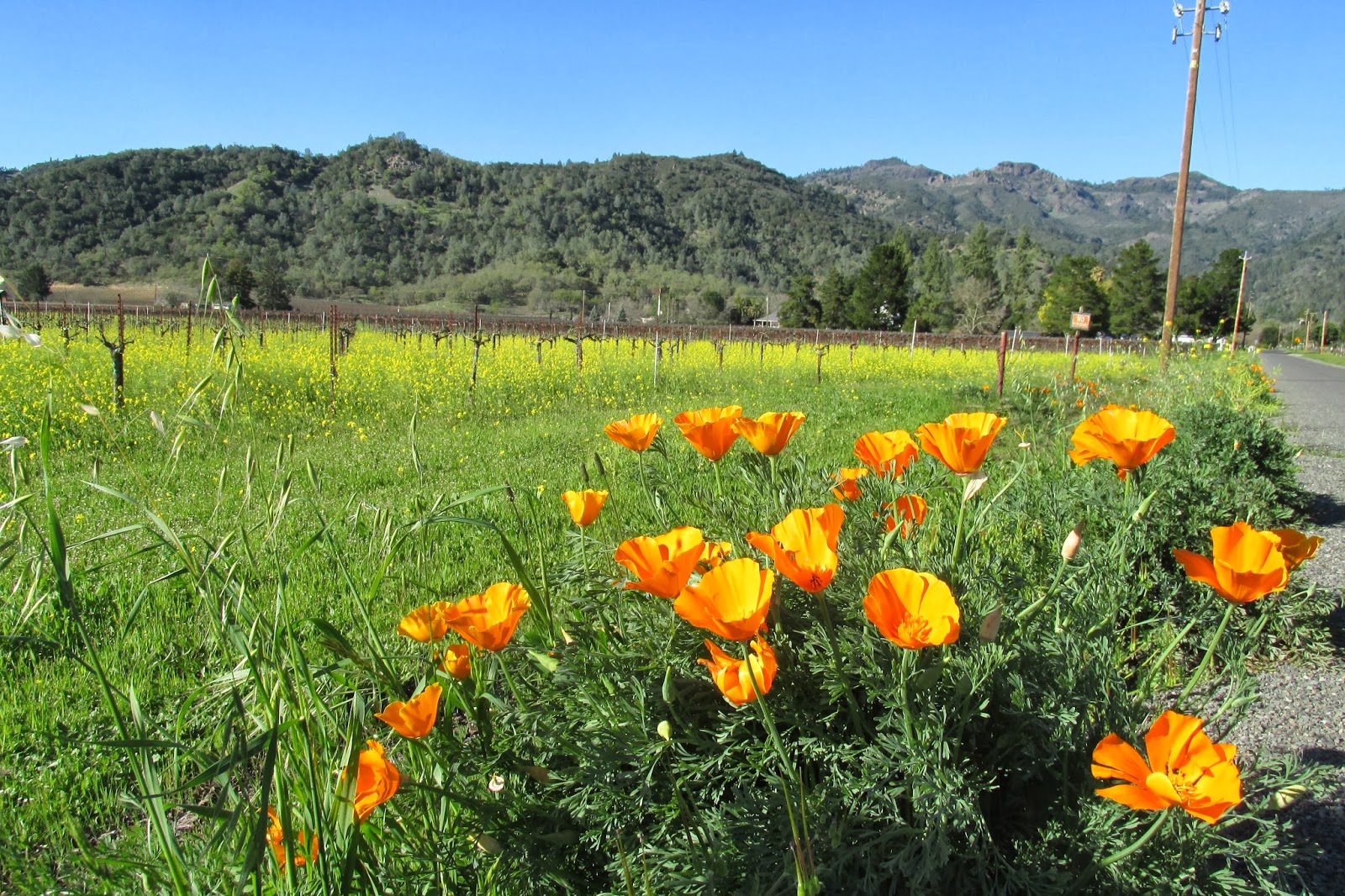 Last Saturday, I finally was feeling well enough to take a walk in the woods. When I took my pants off to go to bed that night, I found a small tick lodged into my leg. Attached real good. A quarter sized rash had developed around the bite. I showed it to Joni, and she pulled the tick off of me. The head stayed lodged in my leg.

The next day I went to an Urgent Care place. "Good thing you came in", the Nurse Practitioner said as he wrote me the script for Amoxicillin. "Too many people ignore stuff like that and end up with Lyme's Disease." And so that night I started my fourth anti-biotic in seven days.

Joni had a bite like this a few years ago. We ignored it, her MD ignored it "too late", he said, and now we wonder if her cardiac conduction problem, and the pacemaker that corrects it, might not be a complication of that tick bite.

You have about 48 hours to start an Anti-biotic to prevent getting Lyme's Disease, hence the NP's proclamation that it was a good thing that I went to the Urgent Care. Seems to me that all people out in the woods taking a backpacking trip should carry Amoxicillin with them just in case they get bit by a tick. I've heard stories of backpackers on the Pacific Crest Trail that were incapacitated by Lyme's from a tick bite.

Of course, the scare tactics around getting a tick bite seems counterproductive to people actually getting outside and enjoying the woods. Yes, the ticks are there, but I've been crawling around the woods most days for much of my life. I never reacted until now. With some good self care and observation, the cure is easily done. Just because there are ticks in the woods that carry Lyme's doesn't mean we shouldn't enjoy the woods. It just means we should be ever watchful for things crawling on us.
Posted by Allan Stellar at 7:08 PM No comments: 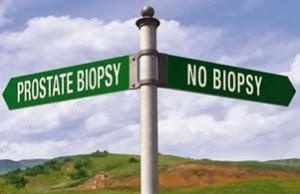 Last year was a very difficult year for me physically. I sustained a terrible injury at work that has dragged on for ten months now. During that process, the MD's have found various things wrong with me, or things that warranted investigation. And so I've had a number of tests and procedures done: CT's, Stress EKG's, lab work.

The worst one happened a couple weeks ago. I'll write about it because I don't think men talk about things like this enough. Over the last year, I've had a steadily increasing PSA. The number had become worrisome for my primary doctor, even though I'm on a medication that does increase the PSA, so I went to see a Urologist that I've informally known for years.

When he saw my number (5.6) and the rate it had increased (from 4.4 in nine months), he told me it is very rare for a man my age to have such a critically high number. And it is. He was especially concerned about the size and rate of the increase.  He gave me a couple of choices but he felt it was concerning enough to recommend an "immediate biopsy".

I had always told myself I wouldn't have this procedure done, mainly because it tends to be overly treated in the past. And it is true that if I was 75 years of age and had a PSA like that, the MD wouldn't have done anything. But men in their 50's die of this disease. Often. It is the male equivalent to breast cancer. Prostate cancer is the number two killer cancer of men--lung cancer holds the number one spot---and men in their 50's are often the ones who get it. Plus my sister passed away much too young from breast cancer, which is another hormonally based cancer, so I probably have a higher risk for prostate cancer. Of course, talking with the Urologist scared the bejesus out of me.

Two days later, I was in the procedure room of the hospital getting a prostate biopsy. A word to the wise, Do Not Minimize this procedure.

If you are squeamish, please skip to the last paragraph. The description below is a bit graphic. 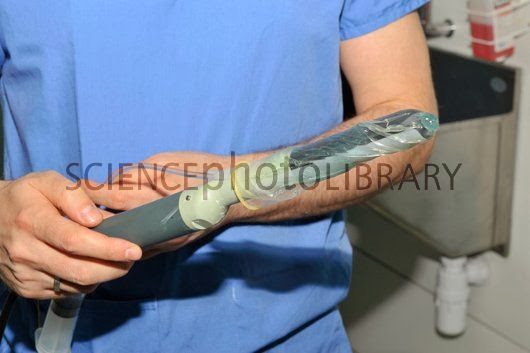 What the MD does is insert an ultrasound probe into your rectum which enables the doc to be able to view the prostate. This is uncomfortable enough because it feels like someone put a broomstick up your ass. Then a nail gun device is used to shoot needles into the prostate that take "cores" of tissue out of it. This is similar to the ice cores they get to sample ice in the Antarctic to test for CO2. This is quite painful to have the machine shoot the needles into you. I couldn't watch the screen anymore, because it hurt so much. Joni came along to hold my hand, which was helpful. I don't know why she wanted to attend this procedure though. It ain't pretty.

Usually the doctor takes 12 cores: my MD took 14. He wanted to especially get an area that he thought was suspicious. My prostate was enlarged, which might be genetic, which could account for the high PSA scores right there. Plus I'm on a drug that increases PSA's.

Post procedure, my bottom continued to feel like it had a broomstick stuck up it. And my urine was bloody. I got the results of the test a few days later which were all negative. Every core was benign. I happily drove down to work after getting the news.

However, while in the Napa Valley, I started running a temperature. I couldn't stop sweating. I was in a morning meeting at work where we discuss the patients when I started feeling weird and I was sweating profusely. In the bathroom afterwards, my pee was blood red for the entire stream and I passed clots that were huge. They hurt like they were kidney stones. And my pee was like peeing Cabernet wine. The bleeding scared me it was so much. My thinking even got a bit disturbed, which I've seen with older people, but never thought it would happen to me. I was alone in my room at the dorm of the hospital--and spent a couple of long nights sweating it out while I took antibiotics. I even had a shot of an antibiotic injected into my rump. That helped. A lot.

For other men, I'd say--do not minimize having a prostate biopsy. Do take it easy afterwards for awhile. Don't assume you can resume normal activities when it involves driving for hours and being pretty active. About 4% of men who have this procedure can expect to get infections. About 1% will require hospitalization for treatment of this post procedure infection.

Now that it has been two weeks, I'm still rather reeling from having had this thing done. I don't care what my PSA goes up to: I will never have this procedure done again. I'll take my chances with cancer.

Posted by Allan Stellar at 3:08 PM No comments: