You'd be a fool to let the Lotus Guide you... 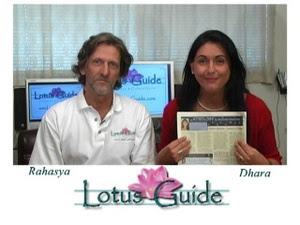 The Lotus Guide is a free publication distributed in Northern California. It is filled with the normal New Age fair: meditation and past life regressions, rebirthing and homages to Yogis and Yodas. You will find the usual Woo stuff there. I've read it a few times. Not all that impressive. Most of the content in the magazine sells you some sort of enlightenment. Enlightenment is usually for sale from an Ayurvedic Healer or some other peddler of New Age Goofiness. The Advertisements are for "Life Coaches" (usually Trust-funders who haven't a clue as to  how to manage their own life, called upon to tell you how to manage yours) and various dietary claims.

And so it is with curiosity that I picked up the most recent copy where the Publisher named Rahasya (really?) Poe. He names his piece "Disinformation and Misinformation: What’s the Difference And Why Does It Matter?: In it he states:

"I recently read in two local newspapers who published two separate stories that were specifically meant to be disinformation pieces, meaning that they were deliberately published to mislead their readers.

The first one was on vaccinations, giving them approval in a way that was meant to persuade parents to vaccinate their children but that left out pertinent information most parents should have to make an “informed” decision."

He doesn't identify my piece on vaccinations as the one he is talking about, but I have seen this guy elsewhere exclaim his disgust for my article. Frankly, he should have the courage to acknowledge who he is responding to so that people could go and read the article and decide for themselves whether the piece was intellectually honest.

Rahasya then goes on to quote VAERS (the vaccine injury reporting system) to point out just how dangerous vaccines are. He claims the Measles vaccine has killed 108 kids. (It hasn't). When it comes to Misinformation, his article is the one that is guilty of the act.

My tolerance for New Agers gets less and less the older I get. The fact that a New Age Magazine is opposed to vaccinations is not very surprising. New Age Religions are pretty much narcissistic, selfish exercises that ignores the needs of the majority. You won't find much talk about "no greater love than this, that a man lay down his life for another" from a New Ager. Nope. New Agers are about their own Enlightenment and to hell with everybody else. They seek their own path. And if others are trodden upon or lethal disease is spread or reawakened? Big deal. More than likely they would argue that their own Immune System is arrogantly superior to the disease. Too bad for those lesser humans who die. If they only were Gluten Free and ate Organic, they could handle the disease.

If vaccinations are safe (they are), effective (they are) and if Herd Immunity is real (it is) then an Anti-Vaxxer has no moral ground to stand on in their opposition to vaccines. It is immoral to oppose them.

A final note, the other article Mr. Poe objects to is one that is critical of those who believe in Chem Trails. Need I say anymore?

Lenin wrote that one must strive to be as radical as reality itself. The radical thing in some circles is to stand up for Vaccinations (they work!), or to state that some things are unreal, a mere fiction (Chem Trails!). Or state that Bush didn't blow up the Twin Towers (which is absurd). Or that cannabis farming is disastrous to the Pacific fisher population and is destroying some of our last wild areas of California (because it is). Liberal Orthodoxy can be pretty bizarre. But Radicals need to tell the truth. Even if it hurts. We need to be as Radical as Reality itself. 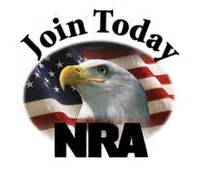 Chicago made national news when they had 7 murders last weekend.

The 45 mile patch between Orland and Cottonwood in California suffered 6 murders from 4 separate incidents between July 2 and July 5. Just guessing, but I would put the population of this area of California at, tops, 40,000 people.

The murder rate in the northern part of the Sacramento Valley must be close to Guatemala or El Salvador's in the early 80's. All 6 of the unfortunate victims were killed by guns. Two of the incidents were family violence: an ex-husband killed his ex-wife and ex-father in law; a 19 year-old female in Orland killed her 16 year-old sister and her father and then turned the gun on herself. The 19 year -old lived but is in serious condition having shot herself in the head.

So what to blame? Guns are dangerous things to have when our emotions are challenged by a situational crises. This rural part of California is awash in guns. The NRA dinners are well attended. Guns are loved. Cherished. Worshipped. Available.

And they died in this rural, agricultural breadbasket of California over the last weekend.

And yet, the gun worship continues. We need a cultural shift when it comes to guns. Soon. If you have a friend going through a tough time, check in with them. Figure out if they are unstable. Ask to take their guns "for awhile", until things simmer down.

We license drivers; it is time to license gun owners.

Posted by Allan Stellar at 10:58 PM No comments:

I wrote the following for a Facebook page I admin. on Butte County Media. 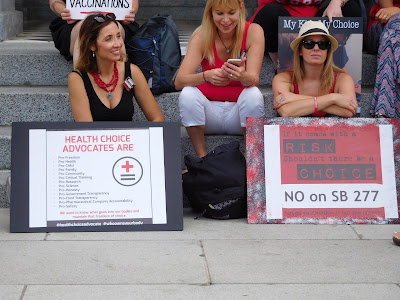 Three huge events occurred in the world of politics over the last week. Two national issues involving the Supreme Court with marriage equality and Obamacare, and one state issue regarding mandatory vaccinations.

So how did the the Big Three (Chico ER, Chico News and Review, the Paradise Post) deal with this? You can learn as much about a paper by what it omitted, rather than by what they chose to comment on.

#1. Marriage equality: The Chico News and Review (CNR) lauded the Supreme Court's decision to extend same sex marriage to all 50 states. They called it "about time". The Chico ER's editorial board was silent on the issue. They did publish a couple letters to the editor, both pro and con. The editorial board of the Paradise Post had a first paragraph where they said they were happy that gay people can get married, then they went on to publish extensively from the dissenters, bringing up concerns about an activist court and polygamy. Jim Chastain, columnist for the Paradise Post went much further and outright condemned the decision. He called the Supreme Court an "American Politburo".

#2: The opinion pages of all three newspapers avoided Obmacare being upheld. The Chico News and Review did have a small news blurb on the story. So far, no letters-to-the-editor, nor columns mentioned it. Nor were there any editorials on the fact that Obamcare was upheld. Quite the omission on such an important decision.

Overall on the Supreme Court decision? The Big Three avoided the topic.

#3. In a surprise move, Governor Brown signed SB277 on Tuesday, which requires school aged children to receive vaccinations from 10 diseases in order to attend public and private schools. The Chico News and Review devoted a feature story in May to the issue, and have been editorially friendly to vaccinations, but they were quiet on its passage--probably because it happened close to press time for them. The Chico ER has been very pro-vaccination since the Disneyland measles epidemic. They ran an editorial applauding the Governor's decision to sign the bill. On this issue, they have strayed from the positions of Sen. Nielson, Assemblyman Gallagher and Assemblyman Dahle, who all voted against SB277. The Paradise Post has been silent on the issue so far. And there have been no columns or letters to the editor on the Gov. Brown signing the legislation. Yet.

So what to make of this? The Chico ER's position on vaccinations is refreshing. The ER occasionally departs from the conservative lockstep regarding important issues. Their silence on Marriage Equality is a bit disappointing. As is their silence on Obamacare.

It is interesting that the CNR had nothing to say editorially on Obamacare. The ACA isn't popular among liberals because many support Single Payer. When the Public Option was lost from the bill, most liberals lost their enthusiasm for the law. They still support it because something is better than nothing, but it is hard for Lefties to get excited about it.

When it comes to Obamacare, the silence of the Chico ER and the Paradise Post is deafening. Conservatives don't want to admit that this law is now codified and will be very difficult to repeal. They are beyond anger and outrage and have settled into a quiet acceptance (and depression?) regarding the law, thus completing their stages of grief on the issue.

Overall, this was a very interesting week reading the Big Three. Some of these topics might be taken up in subsequent weeks.
Posted by Allan Stellar at 11:43 AM No comments: