Joni took on the Fossil Fuel lawyers, and won. Just goes to show what a woman can do when she gets pissed off. Here's the video of Joni reading her press release regarding her day in court with the Suits from the Oil and Gas Industry. The Suits were overheard cussing and swearing when they left the Courthouse. And they continue to harass...
Posted by Allan Stellar at 7:08 PM No comments:

Aldo, Muir and the Siskiyou Crest... 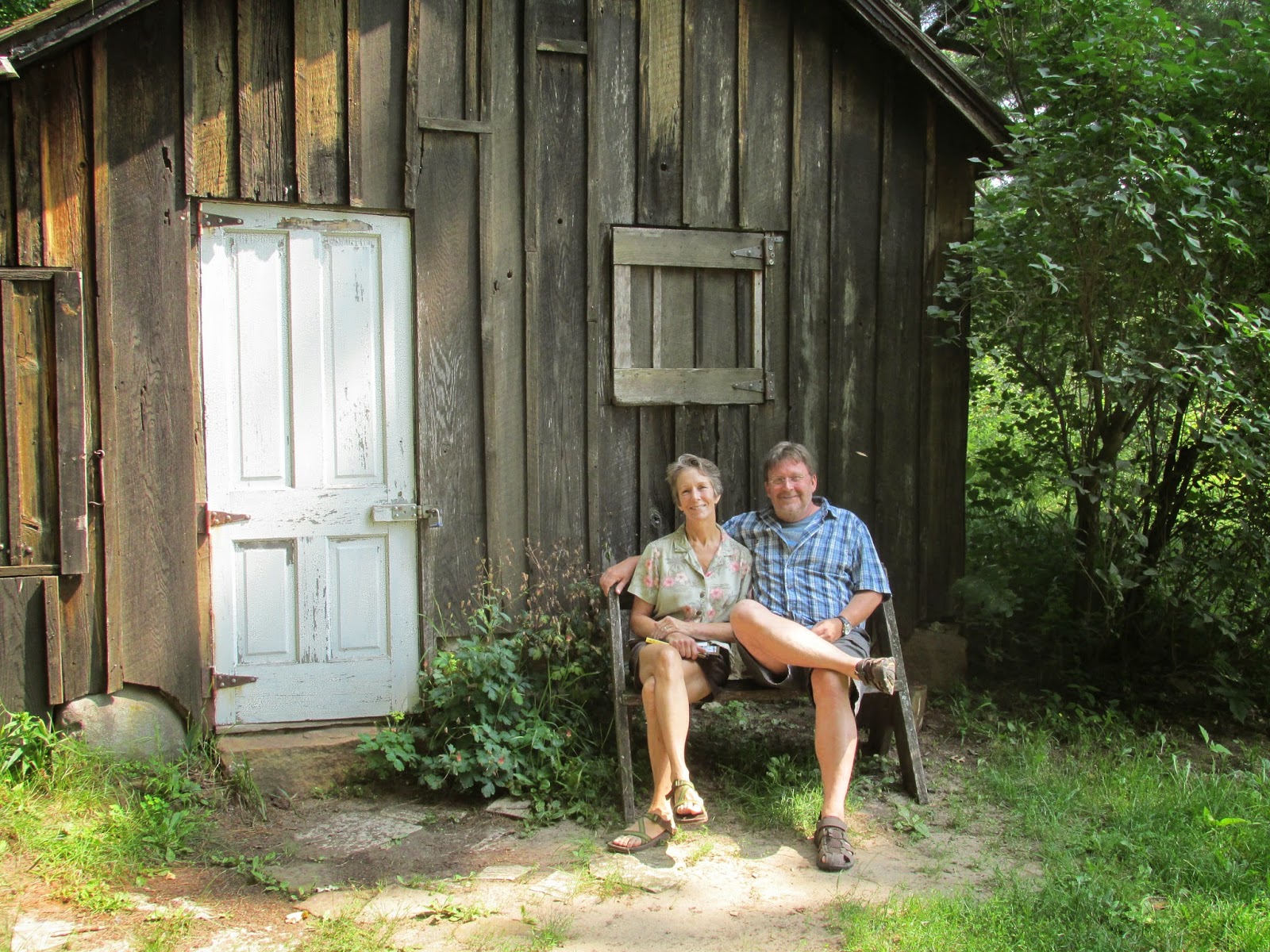 Joni and I traveled to Aldo Leopold's shack where the great Aldo wrote A Sand County Almanac. The same day we traveled to the land where John Muir spent part of his boyhood. That's quite a thrilling day for us!

And I had this piece published today in the Chico News and Review regarding a proposed new National Monument.
Posted by Allan Stellar at 6:24 PM No comments: 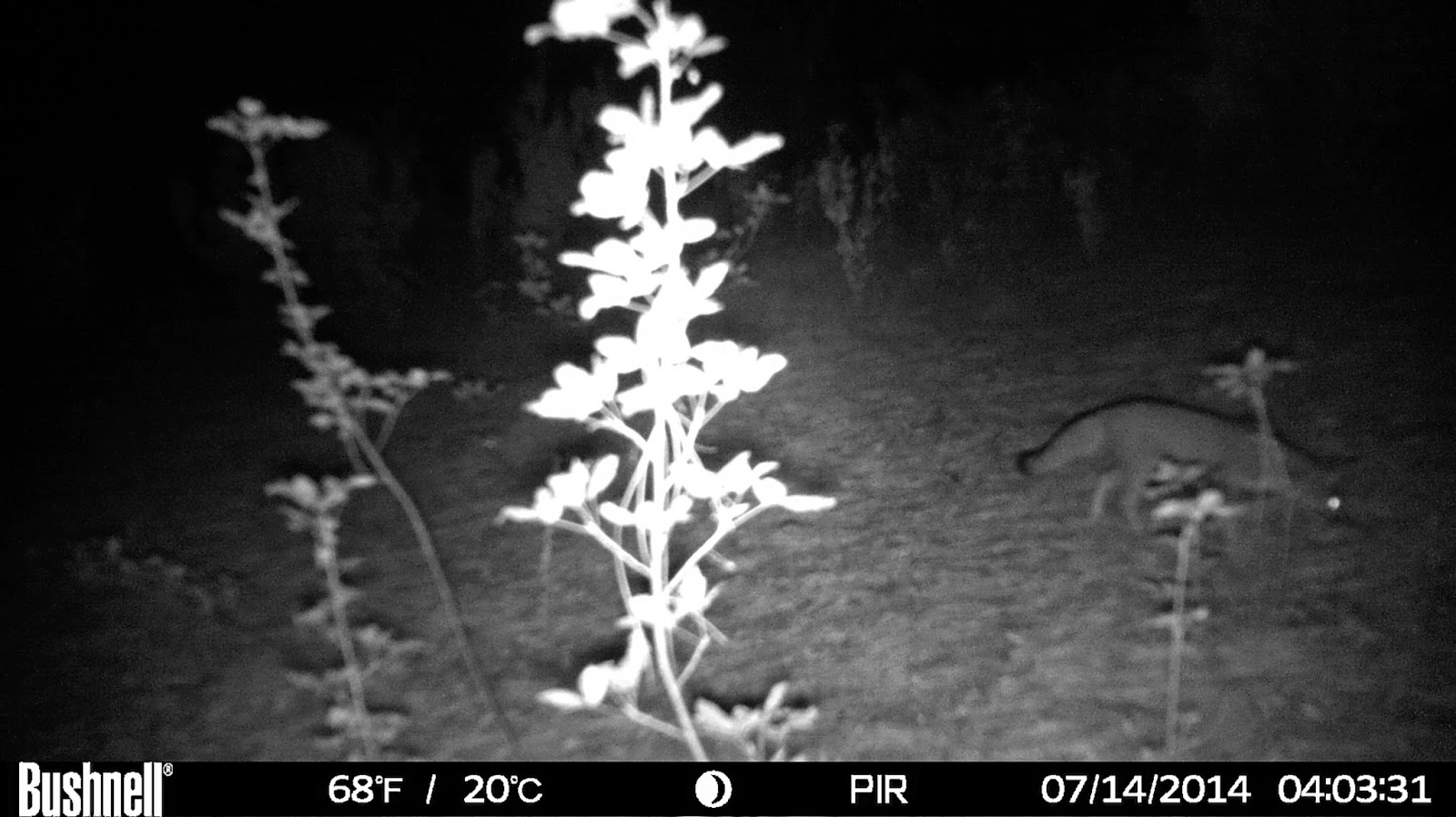 This is a coyote we picked up on our trail cam. This fellah was sniffing around about 25 yards from our house.

Some posts do better than others. Evidently, "Zite" picked up my last post in one of its feeds that it sends out to specialty users. So if a person is interested in lightweight backpacking, Zite picks it up and sends it to IPhone and Ipad users. I don't have any of those things, so I don't know what it is like.

My piece on the death of backpacking got picked up by Zite and it has had over 1,000 hits today. That's kind of fun but a bit worrisome. All of us are becoming so insulated in our opinions that we only get information on topics that we focus on. And usually just one side.

My post was a bit anti-speed hiking, so it ruffled a few feathers. Something I like to do on occasion.

Posted by Allan Stellar at 9:52 PM No comments:

On the Demise of the Sport of Backpacking. 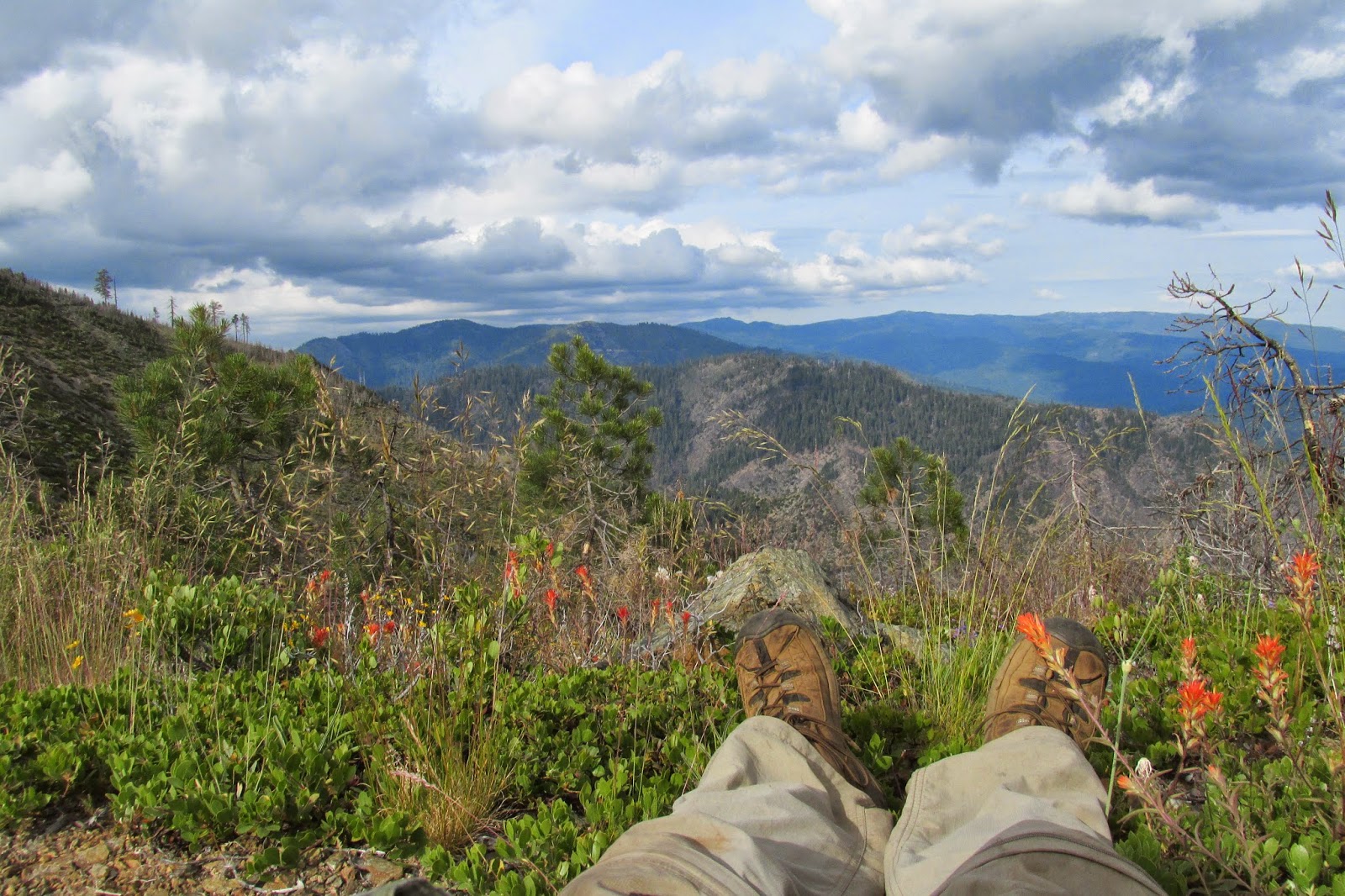 The Appalachian Trail Society doesn't pay attention to time records for hiking the AT. They say it is not in the best interests of the trail. The Pacific Crest Trail should follow the AT's lead.

Enough is enough. Yes, I marveled at "Anish's" unsupported distance hike last summer. Doing the entire 2,650 miles of the PCT in 59 days, averaging 42 miles a day, surely is a feat worthy of admiration. To her detractors who say how can anyone "see" anything when they are speed hiking, Anish said she saw six mountain lions en route. On her previous, more traditional PCT Thru Hike in 2007, she saw no mountain lions.

But tell me, how much did she see when she was hiking at night, trying to smash the record? Hiking so fast that you surprise a mountain lion, one of the more elusive creatures on the planet, does not seem like an argument for "seeing" things. It sounds more like bellicose, belligerent hiking to me. Sort of like a jet fighter strafing a quaint village.

Thru Hiking has become nothing more than an ultra-marathon where you streak through some of the most awesome scenery in America in 25 to 35 mile stints, all to reach the next trail town where you drink beer, crash in a motel with seven other Thru Hikers and charge your cell phone.

Nobody wants to carry food, or a sleeping bag or a tent. Cowboy camping has become the Thru Hiker norm; sleeping bags have become quilts and tarps have replaced tents. It is all designed for speed.

And the shoes? No longer do we have the support of mid-ankle boots that work so very well carrying a heavy load over rock. Now the shoes look like running shoes. By looking at the footwear, a person would think that the revelers in Thru Hiking were lining up to run the Boston Marathon and not Thru Hiking through countless wilderness areas and national parks.

Meals are no longer cooked: trail bars and candy bars and chips are the norm. You eat when you get to town. Food is only carried for four days max. Read this typical entry from a Thru Hiker journal I read this morning:

"I get to the trailhead around 1 and wait for a bit, organizing my stuff. My pack is way too heavy. 4 liters of liquids. 6 days of food, which really is more like 8 with how much I eat. It’s heavy! But I want to make it all of the way to Seiad Valley without stopping, some 156 miles down the trail. I’m hoping to do it in 5 days. Hoping."

What used to be common on the trail (carrying sufficient water and food for multiple days) is now something to complain about. This is the new norm. Thru Hiker's don't carry food anymore. They just head into town every three days.

So judgmental Allan. Don't you know that all these folks should Hike Their Own Hike (even if they hike their own hike all the same) and not pay the least bit of attention to your curmudgeonly critiques. Judge not lest you be judged. That's such crap. This is just a way to stifle feedback and opinions. Of course we should judge! That's why we have frontal lobes.

On my last backpacking trip, I was carrying around 45 pounds. Enough water to be safe in some dry conditions and enough food (and a tent) to actually enjoy the art of camping. A couple young bucks came along, carrying monstrously large packs. They were on their way for a couple hundred miles hike that would have them in the woods for a couple weeks. And they were carrying enough chow to last them. I stopped and chatted with these guys. "We don't go for this ultra-light business" one of the youngsters said, "we like feeling like we are actually camping".

And that's the point. Thru Hikers have lost that sense of solitude. Of being self-sufficient. The trail has become a race. An ultra sport. An adrenaline experience. You do it in "packs"---sometimes called a "herd". You travel in a pack. You start at the same time down in Campo, California. You hit the towns at the same time. You eat together in the towns. You share motel rooms together. And you run the race together on the trail. Gone is solitude. Gone is the art of zeroing on the trail. Gone is camping.

The Pacific Crest Trail Association encourages this type of recreation with their emphasis on "the Class of 2014" and in their magazine that gives way too much attention to Thru Hiking. They should de-emphasize this in order to promote solitude. Beauty. The Trail. Section hiking. Zeroing on the trail.

I've read some 25 trail journals this year of Thru Hikers. I haven't seen one Zero (a day not spent hiking) that was spent on the trail, camping at a thrilling location. Isn't that why we hike? To get someplace with our own two feet that others rarely go? No zeroes on the trail. Lots of beer in the towns though. Alas, that's what long distance backpacking has become: a race from one beer joint to the next.