Homelessness and the Inheritance Tax... 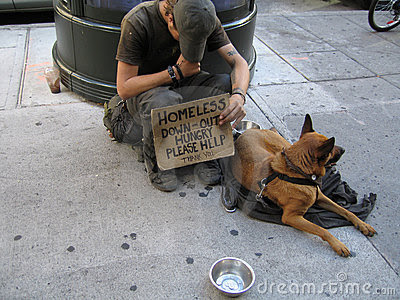 Chico has a homeless problem. That much is obvious. The whole region has a homeless problem. Today I walked my dog on the trail in Paradise where a homeless couple smoked cigarettes and drank beer, hiding in the shade of a tree. Drive anyplace in the region and you will see men with backpacks, sometimes with dogs on a leash, walking and thumbing it on the side of the road. And we've all seen the "Hungry" and "God Bless" cardboard signs held by sometimes very young people, often with dogs in tow, who also are subjected to the life of wandering. Unless it is all one big scam.

The Chico City Council adopted a "get tough" approach to the problem of homeless camps and trash. Many letters-to-the-editor have been written, both for and against, the new "get tough" approach. People are passionate about the issue because it involves everything from public safety to environmental degradation.

But isn't it obvious that with our low wage economy, we would have a homeless problem? The roots of this crises can be traced back to trade policies and the fact that the minimum wage doesn't enable anyone to survive. Over the last 35 years, we have done away with inheritance taxes and have let the minimum wage lie dormant. It is almost as if the cultural elites think a job is just a hobby; the real money comes from inheritances.

Call it class war, of sorts. Working for a living is devalued; investments are barely taxed and inheritances aren't taxed at all. Isn't that just the way a person from an upper class background would like it?

And so the poor you see out there, scraping by, all have different reasons for being homeless. Substance abuse? Sure. Inability to hold a job or a desire not to work for peanuts because you wind up homeless anyway? Probably.

But one thing unites all of the homeless: They probably don't have an inheritance check coming in the mail.
Posted by Allan Stellar at 11:08 PM No comments: