On the Advice of the Stellar Jay.... 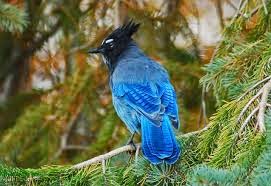 We've been looking at houses in Paradise. We drive Kylie to school everyday. Takes about 35 minutes. Then there is the job of getting her home from school again, trying to be on time, trying to make three schedules jive so that all work and school needs are safely met. It has been a struggle.

My new job involves lots of driving. My territory covers the size of some New England states--from Oroville to Redding, Willows to Chico, Red Bluff to Magalia. It isn't unusual for me to drive 250 miles in a day. When it comes to my carbon footprint, I wear really large boots. A move to Paradise would knock an hour or more off of my driving each day.

We've been looking at cute little cottages. Paradise is a whole town loaded with beautiful, simple little cottages.Proletarian workers' dream houses, small and functional, most with large yards and tall, tall Ponderosa pines. Paradisians love their trees. In a recent storm, two large trees were blown over killing two people, in two separate incidents. Despite this, there is no talk of changing Paradise's tree regulations. They love their trees.

And so we put an offer in on one cute functional little home. As we waited for our offer to be accepted or rejected, I realized I didn't want another mortgage. I don't want to be saddled with more debt. I am on the verge of turning 54 and Joni just turned 57; we need to scrimp and save (to borrow from the Beatles song).

The Stellar Jays sealed the deal for me. This year, for the first time, a whole squadron of Stellar Jays (usually spelled Steller's Jay, but I prefer the alternate spelling for obvious reasons)---have been hanging around our house. I love them; my favorite bird. They have always been a bird that provides counsel and guidance for me. Deep Green Synchronicity, if  you will. Magical thinking, Euell Gibbons' style.

The Stellar Jay always seems to appear to offer their advice in times of need. It was a Stellar Jay in the middle of the Utah Red Rock country that brought Joni and I together. It was a Stellar Jay that squawked at me from a tree outside of St. Helena Hospital that convinced me to move to the Napa Valley from Colorado. It was a group of Stellar Jays that made us look for a place to live in this section of California. And the Stellar Jays hanging around our house this year have pretty much helped us to decide to stay in this mud hut. 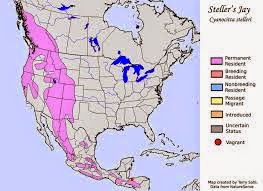 We will continue to make the trip for another year. We have a van now that offers Joni a bit more comfort on the rutty road that tears up her back. When Kylie is in school, Joni can rest in the back of the van. I will drive Kylie on Mondays and Fridays; Joni on Tuesdays and Thursdays. Wednesday we will share the job. And when Kylie turns 16, she will get to drive herself to school. What 16 year old doesn't want to do that?

Yes, I feel guilty about our carbon footprint. Green Piety is similar to Lutheran Piety, only the sins are a bit different. Maybe buying some carbon offsets will provide a bit of redemption? Carbon Offsets are the Holy Communion for the Green Sinner.

Plant this tree, given for me, goes the Green Liturgy.

2014--A Personal Retrospective. Am I a Moderate? 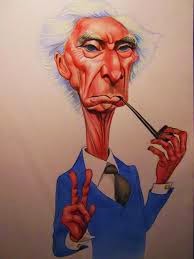 It was a good year. Joni made waves with her activism. She was immensely brave when she stared down the Oil Companies. She became a local hero and she blossoms into that role with the local Anti-Fracking Movement. Good for her.

I made a few waves of my own. 2014 was the year that I got called a "Moderate" for the first time in my life. Scared the crap out of me as I remember the saying that was falsely attributed to Winston Churchill: "anyone who is not a liberal at 20 years of age has no heart, while anyone who is still a liberal at 40 has no head." Turns out that the first time anyone attributed this saying to Churchill was 1986. Propaganda is weird that way, and instantly becomes authoritative, when the slightest bit of plausible truth is credited to a person who has become more mythic as the years pass. The origin of this saying goes back to the 1880's attributed to an English politician that supposedly was quoting Edmund Burke.

When it comes to this line of thinking, that we normally get more conservative as we age, I like Bertrand Russell's take on the matter. Back in 1933 he said: "If you don’t begin to be a revolutionist at the age of twenty then at fifty you will be an impossible old fossil. If you are a red revolutionary at the age of twenty you have some chance of being up to date when you are forty."

I'd like to think my ideas get more relevant with age. Not less so. Kylie, from her soon-to-be 15 year old perspective, would agree with Russell that I am an impossible old fossil. It is probable that Kylie is correct in her categorization of me.

But back to 2014. The year began with a back that didn't heal and a cancer scare. Took me to May to overcome problems with both of these. I continue on with the back problems, but now more quietly, and I remain thankful that we discovered the pain reducing qualities of the opium poppy.

And so I decided my inpatient career was over, ended by a 350 pound Schizophrenic's elbow.

I changed jobs in June, after a week on the PCT. While the work is fun, the way it consumes my time is highly annoying. Home health is more of a calling than anything---as the hours are long and the pay is small. The thing I find most frustrating about this change of affairs is that I no longer have the time to read. I read less on the Internet. I read fewer books. And along with less reading, the corollary, at least for me, is that I write less.

No writer can write without reading---unless they only want to write about their own navel gazing like John Updike or some other similar scribe of American Suburban Angst. I guess any personal article on the awful website SALON would count as a substitute for Updike nowadays. If you want to get depressed about just how trite our intellectual culture has become, go read a personal essay on some First World problem on Salon. Reading Salon gives me absolutely no hope for the future. Most of their writers grew up looking at life from the backseat of Mum and Dad's BMW and have never once ventured anyplace wild.

And what about the state of the world in 2014? Locally, I am ecstatic that Measure A passed. Score one for the Butte County Voter to not listen to the squishy headed Chico Potsmoker propaganda. Just yesterday I talked to a cannabis grower that was shutting up his shop and moving to greener pastures in another county. There's another 40 acres saved from poaching, AVID (a toxic mite pesticide commonly used around here that sticks to the buds and is toxic to humans) and the widespread use of rodenticides. The hawk that used to hang out in the place where I walk everyday didn't come back this year; he probably died from the rodenticides the pot farmers are using on their crops. The mite problem was especially bad this year.

Former Sheriff Jerry Smith should be the Butte Environmental Council's "Environmentalist of the Year". I had a call from him just before the election. He commented that he loves the Foothills and that this notion that the right wingers hate conservation is a myth. I'm not certain I believe him, as he is batty with his gun loving exploits and speeches in front of the Tea Party, but irony is irony. When it came down to it, the Chico ER and the Tea Partiers showed a hell of a lot more smarts when it comes to ending the wholesale destruction of a sensitive ecological region than the professional Enviro's that work hard to ensure Fracking never occurs in Butte County.

The passage of A gives our bear, deer, ring tailed cats, and riparian areas a chance. Former Sheriff Jerry Smith deserves high praise. Of course, BEC president and CSU's resident Sustainable Green Guru Mark Stemen would disagree (he certainly did so in the comments page of one of these blog entries). Along with the three Trust funders who comprise the Chico Conservation Voter, whose billboards created ecological blight by endorsing the Cannabis Industry's Measure B. Unfortunately they placed one of their billboards at the location that an out-of-state Potgrower felon ran over and killed a Chico State Nursing student. That billboard did their effort way more harm than good.

But let's all praise the brave leadership of BEC, whose efforts to save 11 trees in Chico and a few 100 year old Sycamore's in Oroville is commendable. Too bad they ignored the tragic loss of the oak/savannah woodland to an out-of-control pot industry. Can you say hypocrite? Or are they worried about loss of funding? In Chico, a few fuzzy headed Liberal's dollars go a long, long ways to shape the agenda of a movement.

And as I've written Ad Nauseum, the local Democrats who faithfully follow Bob Mulholland's sageless advice got trounced for running an awful campaign. They didn't stand a chance in Chico, having done a poor job of managing the city, despite a great plastic bag ban. The CNR has done an awesome job of reporting on the problems of the city---especially the looting of the public treasury by the police and firefighter unions. We forget that Liberals want good government too. Public employees that earn as much as President Obama is hard for anyone living within the Chico city limits to stomach. Bravo for the CNR!

In the meantime, Oroville doesn't even have a meals-on-wheels program to serve hundreds of elderly poor shut-ins. I left a message with the program down at the monstrous county government complex requesting a prompt return of my call. I wanted to know why Oroville doesn't have that program. I've been waiting for that return call for 53 days now.

So am I becoming a Moderate? No. Not at all. I want good government. I want a rural Butte County that is free from inappropriate development. I want the local Democrats to think critically and to stop acting stupid. I want the elderly in Oroville to be fed. I want the blue oaks to live and not to die from a pot gardener's chain saw. I want more bear. More coyotes. More fox. More ring tailed cats. Less rodenticide. Less AVID. Less Rednecks in trucks chasing down wildlife. Less erosion. Less development in sensitive areas. That doesn't make me Moderate or Conservative. What has happened is that the local Institutional Green Establishment and the Democratic Party has lost their vision. They have become timid and conservative. They live in an echo chamber of unexamined values while ignoring real problems in both the city and the unincorporated areas of the county.