Nine Years in the Mud Hut 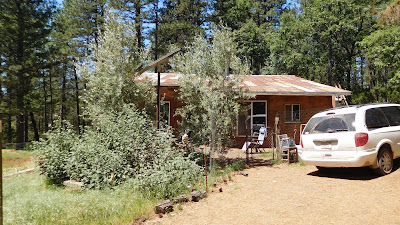 It was nine  years ago today that I looked at this house. We put an offer in on it immediately. I slept on our deck that night in a sleeping bag, excited to be out in the "middle of nowhere".

I like it here. Yes, the area has become much more settled with all the pot growers that have moved in. This is temporary and they will be gone when 1. it is legal everywhere and 2. Butte County continues to get strict about land use and ending the commercial cannabis business in decent wildlife habitat.

It has been quite an adventure. The girls hate it here. Joni doesn't enjoy it as much as I do. This place isn't convenient. And we haven't always had the budget, or the energy, to do the things we planned on doing.

I don't know how many years we went without hot water. Three? And I think it took us two years to get a heat source. For the first couple years, all four of us slept in the 350 square foot cabin (I slept in the incomplete addition as long as the temperature was above forty degrees).

Has life been hard here? Yes. Especially for Joni. I've experienced some judgment from her friends for living out here in the middle of nowhere without the normal implements of luxury you find in town. My defense? I am a poor man from a poor family.

Now that I am the top of the family pyramid, my inheritance from my father was one very rusty van that I plan on turning into a chicken coop when it dies; I also inherited a rocking chair. My father always said that you should spend less than you make. That's the way to get ahead. That's what this frugal, simple structure give us the capacity to do.

For the last two years I have worked taking care of the elderly, visiting them in their homes. This has been an eye opening experience as I have seen the extremes of comfortable retirement living and also those who are dirt poor, suffering. I've had to buy food for clients when they wouldn't have any food in the house for another week. Poverty does not appeal to me one bit. Poor people die younger; are less happy; have more health problems; and experience much less joy.

Getting old requires planning. When you don't have a job that provides a retirement (like a cushy government job), or if you come from hardscrabble Peasant stock, you have to be even smarter. Such is the story of wealth in America. As America has become incredibly unequal when it comes to wealth, the rules have changed in order to keep the wealthy, wealthy. It is called the "Born on Third Base" phenomena. Think of it this way: we currently can inherit 1.6 Million dollars tax free.

I inherited a rocking chair. Therefore, living in an inexpensive house in the middle of nowhere not only allows access to beauty and critters--- it also affords me an opportunity to save money. I have to earn money the old fashioned way: I have to earn it.

Left Wingers and Radicals often have an uncomfortable relationship with money. We generally have a bit of disgust for the rich. So many of us Lefties fall into two camps: The Trustfunders and the "Poverty is a Virtue" Crowd---otherwise known as "voluntary poverty". I am not a Trustfunder and I learned long ago that Voluntary Poverty has a nasty way of turning into mind numbing, plain ole' poverty. I have no interest in being poor. And no Left Winger should tolerate anyone having to live in poverty.

This house has made it so that we could raise a couple of kids in later middle age and save a decent amount of money with a very modest income. Perks of simplicity. Joni and I didn't have a lick of savings when we moved out here. Now, we are on track to living a bit more comfortably. That's what a Mud House has done for us.

So for my critics: those who think I have done damage to both spouse and children by living in the middle of nowhere in a Mud Hut. Tell me how I could have done it differently and still had a few shekels to rub together in retirement? I think this was the right decision. Hard as it is sometimes.

Posted by Allan Stellar at 8:14 PM No comments:

This Presdidential Race Needs a Dr. Gonzo to Cover It. 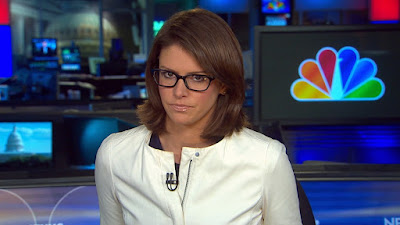 Can you believe this Presidential race?

On one hand we have the resurrection of a real Left Wing political movement in the Democratic Party, where Bernie Sanders valiantly battles with the worn out Corporatist Wing of the Party.

Meanwhile, the Republicans have a race between a Billionaire Celebrity with a bad hairpiece versus a Texas Religious Shithead who has no friends even in his own party.

The Democrats reach new heights of real debate and the Republicans sink to ever lower depths of, well let's call it what it is, Fascism.

Oh I wish I could read a real writer/journalist's take on the race. Alex Cockburn is dead. If Hunter Thompson knew this presidential race was gonna happen, he might not have eaten that slug. And Hitch, what would Hitch say about it all? Oh to get their take on the race. There aren't any decent radical journalists left in the US on the campaign trail. Most of them have retired to the Ivory Tower where the health benefits and pension ensure a decent retirement (if they quit drinking and smoking soon enough to enjoy it).

MSNBC covers this race with some intelligence but without really saying what is going on within the Democratic Party. And MSNBC has borrowed the FOX formula by having only attractive female reporters following the Presidential Candidates. I don't mind. They all seem to be named "Kate" or "Kasie". They do an admirable job of reporting on their subjects. My favorite is Kasie Hunt who, I hope, ends up with her own program when she is done chasing Bernie Sanders around the country. Kasie is spunky and sounds a bit like a female John Chancellor as she, with very proper posture, reports on the days events.

Of course none of these reporters can stray too far outside the Network MSM "Box". That box might be a bit more liberal at MSNBC than it is at Fox, but both of them have boxes that shall not be breached.

I haven't turned the dial over to FOX to see how they are covering this race. I've been too scared to do that. And CNN? S.E. Cupp looks great in those glasses and their graphics are awesome, but the commentary is a bit tired with the same faces giving the same schtick over and over again.

If I were a rich blogger with press credentials, I'd love to follow along with this race. It'd be a hoot to cover. Rich in nuance. I mean look what is happening: We have the redevelopment of a viable Left Wing in the Democratic Party at the same time that the Republicans devolve into a dangerous cesspool of racism and hate.

It is a dangerous and exciting year. A time for real Fear and Loathing. If only I could find some decent radical commentary on it worth reading. You would think that with the rise of a viable Left Wing in the Democratic Party, we would  have some talented Left Wing writer out there who could fully chronicle what is going on and present it to us in readable and punchy prose. I can't find anybody worth reading. Have you?

***Addendum: John Nichols of The Nation writes a good campaign blog worth reading. It misses a bit of flare and I don't think Nichols gives Sanders enough credit for reinvigorating the Left in the US. You can read it here

Posted by Allan Stellar at 10:24 PM No comments: