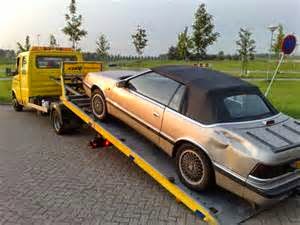 I had a flat tire today. My third one since starting this new job. I pulled the car over, moved off the freeway and got onto a safe side street. Called AAA.  Within half an hour, a kindly tow truck driver showed up in order to tow it to the tire store that I use. It was one of those trucks where the car is pulled onto the bed of the truck.

After ten minutes or so, with the car safely packed onto the bed of the truck, I got in the cab to ride with the driver to the tire store. This gentleman told me of his life. About coming to the US in 1990. About quitting drinking alcohol in 1996 after some time in jail and a few DUI's. He still has a bit of trouble with English, never having formally taken a class. But he did well. He talked of his first job working in the fields. And then washing cars for five years. Finally he worked his way up to become a tow truck driver.

Since I drive making visits for a living, it really isn't all that much different from being a tow truck driver. We both are paid by how many visits we get in: for him, towing cars and service calls; for me, home health visits.

I saw the ticket slip: the numbers matched. Of course, he doesn't have to pay for the truck, nor the gas. Plus he got some money for the mileage for the tow.

I asked how many tows he does a day?

I quickly did the math in my head. I make more money in two visits than he does making 20 tows.

Of course, I don't know if every tow truck driver earns this mere pittance of pay. It certainly gives me a whole lot more respect for all these guys doing dangerous work on the side of the road, cleaning up after accidents---some rather horrific, all for a trifling sum of money. Brave, brave people.

Posted by Allan Stellar at 6:40 PM