Polemics on Vegetariansim, Cattle Feedlots and Trends in Environmentalism 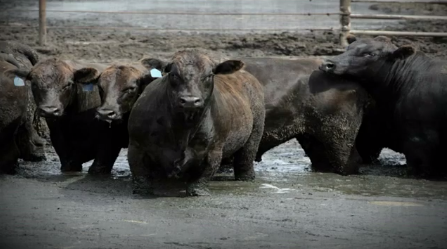 I was asked by an enviro/writer friend on Facebook the other day a couple questions. To quote her: "...why don't more environmentalists stop eating meat and focus on animal agriculture as a problem?"

Of course, when she wrote me this, Joni and I were about to sit down to a rack of lamb as an early Valentine's dinner (it was delicious). Irony.

We all know the problems of trying to provide enough meat protein for 320 million people in the USA. Capitalism, being incredibly efficient (and without that pesky notion of morals) has invented feedlots where GMO corn is used to feed beef, combined with anti-biotics and hormones, to rapidly finish off cattle so that they can grace our plates at a reasonable price. The problem is that these cattle are confined shoulder to shoulder in pens where they stand knee deep in their own excrement. The stench is eye watering. The problems extend to other domesticated critters. The commercial production of chickens has reduced the time from egg to barbecue by several weeks. These chickens are kept in pens that are lit 24 hours a day to stimulate appetite. Again, confinement is belly to belly and these poor chickens never see the light of day. I've seen films of chicken producers who only want hens; the male chicks are put live into a grinder to become animal protein for dog food. Lots of writers have addressed the problem, the most popular being Michael Pollan and several documentaries including Food Inc.

One day a couple years ago, Kylie came home from school after seeing Food Inc. and--filled with the idealistic "this isn't the way things should be" fervor of an angry 12 year old--proclaimed she was going to be a vegetarian. It lasted a couple months.

As my friend asked: "Do you feel like enviros as a movement are more concerned with species than individual animals, and if so, why? And why do you think environmentalists are so resistant to really delving into or extending the logic behind protests against animal agriculture-a massive contributor to climate change, more so than transportation. And why do you think environmentalists often think animal rights activists are crazy?"

I think much of my friend's questions have to do with what amount of personal piety is required in those of us (and we are legion, but we just don't know it) who give a damn about the planet and its inhabitants. Bringing canvas bags to the store in order to avoid plastic, or recycling bottles and cans and not just throwing it in the trash, or even not eating meat because of its environmental impacts, or riding our bikes to work, the list of individual acts are endless. And probably futile and noble at the same time.

I was born into a Lutheran household, so I know a thing or two about piety. Mostly that it is no fun. Sure, the piety of a Lutheran is much different than a Goddess Loving Treehugger, but in ways they are much the same. Don't get me wrong, as I am all for piety: Piety is just acting on your own sense of morality that usually involves decreasing some human appetite. Greens have seven deadly sins too. The sins are different but the motivations are much the same.

That radical, feminist, anarchist Emma Goldman famously said; "If I can't dance, I don't want to be a part of your revolution". Goldman's point: Piety should be liberating.

Having said that, what to make of my friend's questions? I think she is really asking about lifestyle. Do we care more about endangered elephants in Africa more than the Foster chicken in the Safeway fridge? And don't you think we are hypocrites to advocate for the end of coyote killing contests at the same time we sit down to a rack of lamb?

Would lifestyle save the elephant? Do we care about the quality of life for a cow or a chicken? In California, we started to act on some of these questions. We outlawed foie gras. We legislated the proper size of chicken cages. A start.

“Vegetarians, and their Hezbollah-like splinter faction, the vegans ... are the enemy of everything good and decent in the human spirit.”

So why eat meat when almost everything about it is wrong in this country: The environmental impact, the life shortening fat, the mistreatment of animals, the CO2 and methane produced?

We are omnivores. We come from a long evolutionary line of omnivores. We are hunters and gatherers. We like to roam, free and uninhibited. I don't endorse the Paleo diet because it breaks one of the Seven Deadly Sins of being Green: Greed. But I do think that there is something healthily primitive about having a barbecue. The social nature of it, the open fire, the friends and the celebration of the critter about to be consumed.

I don't know many outdoor enthusiasts who wouldn't mind their bodies becoming a meal for a grizzly as a way to meet our maker (it sure beats dying of cancer in a hospital connected to tubes, pumps and electronic gadgets). Do prey animals, perhaps, feel the same way? Maybe that chicken doesn't mind too much being enjoyed?

I think the anti-gluten movement is more dangerous than anything. First off, it is a fad: gluten toxicity is rare and most people who say they are gluten intolerant suffer from some other malady of personality that they, conveniently blame on a life saving product that allows us to create civilization and culture. Secondly, between the anti-gluten thing and the Paleo Diet (and let's also include the carb free advocates),  these movements attack the one food that is the most nutrient dense, feeds the most people, and allows some wilderness to survive: the consumption of grains by eating bread (and also potatoes) by humans.

If you want to save the planet, learn to bake decent bread. The late great semi-Marxist/Anarchist journalist Alexander Cockburn said that the biggest legacy of the New Left in American society is that you can buy decent bread nowadays. He was right.

What is new in the Environmentalism movement today that wasn't true 60 years ago is that contact with wilderness is absent. Environmentalism has become an urban and domesticated concern. Hence, we are more worried about how our food is farmed (and that is a good concern) as opposed to whether Sandhill cranes have a place to roost in the winter. And as more and more of us become fully domesticated and no longer have contact with the wild, our environmentalism concerns will also change. And have changed. 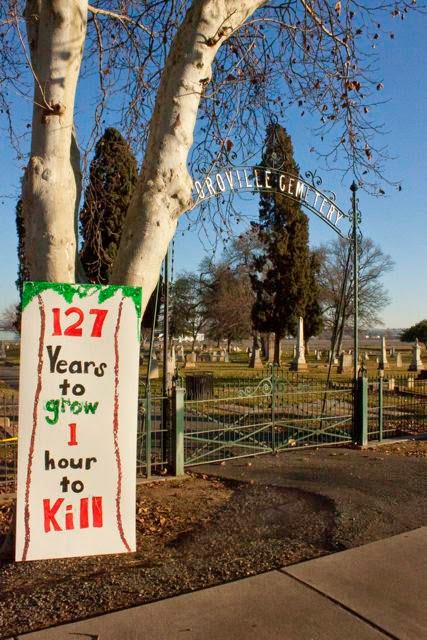 Wilderness experience is becoming less and less prevalent amongst the entire population. For many, the only experience we will have with the wild is to go to the theatre to see Cheryl Strayed's Wild. The percentage of 12 year old kids who have gone to a park, or the beach, or camping in the last year has declined from 40 percent in 1980 to 8 percent in 2010. There are no longer references to wild spaces in the music teenagers listen to. I defy you to listen to a pop music station and actually find a reference to nature (other than sex, which is the last wild holdout--besides eating meat--to our wild past).

As we get more disconnected from both farming and wilderness, environmentalism becomes, not only less influential, but also more urban. Urban forests become of more concern than national forests. Last week, in Oroville California, 200 protestors turned out to protest the slaughter of 12, 130 year old sycamore trees. Arrests were made (my wife being one--after she fell out of a tree). Yet, up in the hills, pot growers have decimated acres of trees and Sierra Pacific hundreds of  thousands more in clear cuts with hardly a peep of protest.

How we live has changed. And like romantic interests, proximity is more important than anything. And unless we have more writers and protagonists for nature to get the word out, environmentalism is doomed. 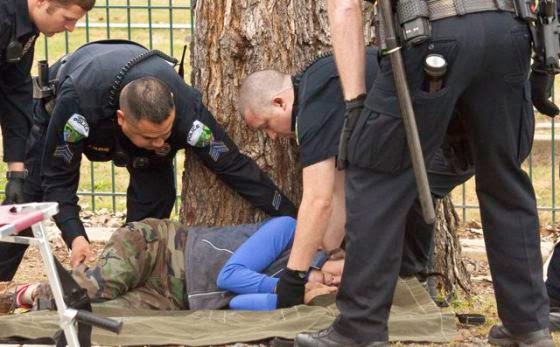 Posted by Allan Stellar at 1:17 PM